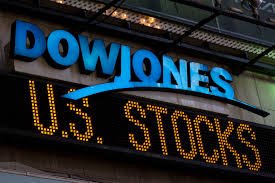 A leveraged buyout refers to the acquisition or takeover of a company where a significant amount of money is borrowed to meet the acquisition cost. Leveraged buyouts, popularly known as LBOs, are commonly carried out by private equity firms. Since the company making the purchase can finance almost 90% of the deal value, it makes large acquisitions possible even if the acquirer has little capital to commit.

The target company’s assets usually act as collateral for raising the loan. Once the deal is done, the future cash flow from the newly acquired company helps to repay the debt. In some cases, the debt is repaid by selling off some assets of the acquired firm. Such deals work out profitable in cases where the return generated by the acquired firm outweighs the cost of debt. (For more, read: “Understanding Leveraged Buyout Secnarios”)

Leveraged buyouts witnessed massive popularity in the 1980s, which was followed by a lull phase in the 1990s. Activity picked up again in the early 2000s thanks to the low interest rates, the availability of debt financing and easy lending policies.1﻿

Here are seven of the largest and most famous leveraged buyouts ever (in no specific order):

Alltel was hand-picked by Goldman Sachs’ (GS) private equity wing and Texas Pacific Group (TPG Capital) in 2007 for about $27.5 billion.2﻿﻿3﻿ The leveraged buyout of Alltel, the fifth-largest wireless-phone carrier then, was the largest buyout in the U.S. telecommunication space.4﻿ Alltel was rated amongst the best-run companies and was thus seen as an attractive target. Goldman Sachs and Texas Pacific Group did not keep Alltel for long, selling it to Verizon Wireless, which was a joint venture between Vodafone (NASDAQ: VOD) and Verizon Communications (NYSE: VZ).5﻿﻿6﻿

Hospital Corporation of America, founded in 1968, was acquired by HCA founder Dr. Thomas F. Frist Jr., Kohlberg Kravis Roberts & Co, Bain Capital and Merrill Lynch Global Private Equity.7﻿ The deal, announced in 2006, had a total transaction cost of $33 billion, making it the largest buyout deal of that time.8﻿ Hospital Corporation of America, simply known as HCA Healthcare Inc, went public yet again in 2011 and trades on the New York Stock Exchange (NYSE). Of note, Merrill Lynch Global Private Equity was acquired by Bank of America Corporation as a result of the acquisition of Merrill Lynch & Co. Inc. in January 2009.

The announcement of the plan to acquire the Texas power company TXU Corp, now Energy Future Holdings Corp, was made in 2007 by a group of private equity firms. The $45 billion acquisition made it the largest buyout in the history. TXU’s leveraged buyout was considered huge. The deal looked so promising, that it even lured in investment banks like Citigroup (C) and Lehman Brothers to be a part of the deal along with Kohlberg Kravis Roberts & Co, Texas Pacific Group (TPG Capital) and Goldman Sachs. 9﻿

The leveraged buyout of First Data Corp in 2007 by Kohlberg Kravis Roberts & Co is still one of the largest private equity technology deals. The deal was carried out with a provision attached to it, known as “go-shop period” that allowed a company to solicit other proposals for a period of 50 days. The deal valued at $29 billion included costs of restricted shares, stock options, and debt.10﻿﻿11﻿ First Data Corp is a leading electronic transition processing firm. In 2014, Kohlberg Kravis Roberts & Co helped the payment processing company to reduce its debt burden through a $3.5 billion private placement. 12﻿

The buyout of Equity Office Properties Trust was won by Blackstone Group LP (NYSE: BX) after a bidding contest with Vornado Realty Trust (NYSE: VNO). The contest forced Blackstone to up its offer from $48.50 per share to $55.5 per share.15﻿16﻿ Equity Office Properties Trust had accepted Blackstone’s initial offer of $48.5 per share, before Vornado proposed its $52 per share offer, triggering a bidding war between them.17﻿ The total transaction cost of the deal worked out to be $39 billion, placing it among the largest leveraged buyouts.18﻿

RJR Nabisco’s buyout is the largest, most controversial, hostile and aggressive takeover in the history of the private equity industry. RJR Nabisco Inc, a tobacco and food giant was bought for $25 billion by Kohlberg Kravis Roberts & Co in the late ’80s after a stiff takeover fight.19﻿ The enterprise value of the deal was then estimated at $31 billion which today is equivalent to approximately $65 billion.20﻿ The “deal drama” surrounding its buyout was so strong that it has been captured in a book (and a movie) titled as the Barbarians at the Gate. (Related reading, see: “Corporate Kleptocracy At RJR Nabisco”)

Some of the other prominent leveraged buyouts of the past include Hilton Hotels Corp, Kinder Morgan Inc (NYSE: KMI) (case of management buyout), SLM Corporation (NASDAQ: SLM, popularly known as Sallie Mae), Clear Channel Communication Inc, Capmark Inc, Albertsons Inc, Freescale Semiconductor Inc (NYSE: FSL) and Alliance Boots PLC. Though most of these deals are big in terms of value, only a select few have been success stories.