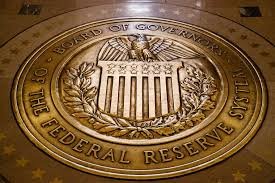 (Bloomberg) — The Federal Reserve issued a stark warning Friday that stock and other asset prices could suffer significant declines should the coronavirus pandemic deepen, with the commercial real estate market being among the hardest-hit industries.

The Fed made the assertion in its twice-yearly financial stability report, in which it flags risks to the U.S. banking system and broader economy. The document highlighted the central bank’s race to intervene in markets and temporarily dial back regulations on financial firms in response to the Covid-19 crisis.

“Asset prices remain vulnerable to significant price declines should the pandemic take an unexpected course, the economic fallout prove more adverse, or financial system strains reemerge,” the Fed said in the report. It cited commercial real estate as being particularly susceptible to falling valuations because “prices were high relative to fundamentals before the pandemic,” and there have been severe disruptions in the hospitality and retail industries.

Though regulations put in place after the 2008 financial crisis have helped make Wall Street more resilient, vulnerabilities in the financial system still worked to amplify the economic shock from the virus, according to the report.

The review also found that “prices of commercial properties and farmland were highly elevated relative to their income streams on the eve of the pandemic, suggesting that their prices could fall notably.”

The abrupt shutdown of the global economy triggered uncertainty in financial markets that upended trading in everything from Treasury securities to junk bonds and caused dramatic swings in stock prices. Markets settled down as the Fed flooded the financial system with liquidity, but Chairman Jerome Powell said in a speech this week that the economy still faces unprecedented risks if fiscal and monetary policy makers don’t continue to act.

“Additional fiscal support could be costly, but worth it if it helps avoid long-term economic damage and leaves us with a stronger recovery,” Powell said in remarks for a virtual event hosted by the Peterson Institute for International Economics.

In a bid to cushion the economy from against the ravages of the coronavirus crisis, the Fed has cut short-term interest rates effectively to zero, bought about $2 trillion worth of Treasury and mortgage-backed securities, and announced plans for nine emergency lending programs, five of which are up and running. It’s also funneled hundreds of billions of dollars to foreign central banks via swap lines and temporary Treasury securities purchases.

The Fed has also eased some rules to encourage banks to increase lending to households and businesses crippled by the pandemic.

“Forceful early interventions have been effective in resolving liquidity stresses, but we will be monitoring closely for solvency stresses among highly leveraged business borrowers, which could increase the longer the Covid pandemic persists,” Governor Lael Brainard said in a Friday statement.

Some hedge funds have been “severely affected,” according to the report, adding that this has been contributing to market dislocations.

“Distress at a few large hedge funds with disproportionately high leverage can have outsize effects, as they may have to sell large amounts of assets to meet margin calls or reduce portfolio risk during periods of market stress,” the report said. “Such de-leveraging may have contributed to the poor liquidity conditions in financial markets in March.”

The report also highlighted dangers in the high-stakes leveraged lending market. Downturns there could be bad news for the lenders tied to the deals and the so-called collateralized loan obligations that hold many of the loans.

“Defaults on leveraged loans ticked up in February and March, and are likely to continue to increase,” depending on the path of the economy, the report said.