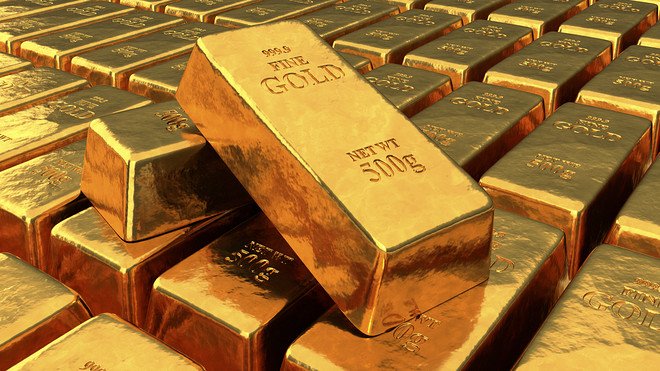 If you’ve ever been exposed to even one commercial on a financial TV network, you’ve been told that gold was, is, and forever will be the greatest investment of all time. Retention of value, millennia-long history, scarcity, etc., etc. However, the companies selling gold will gladly take your cash in exchange for it, which ought to tell you something about gold’s short-term prognosis and the likelihood of imminent inflation.

A moment’s examination will show that a permanent bull market for gold is impossible. If gold had risen consistently and measurably in value since the days of Tutankhamen, its price would now be borderline infinite. The metal’s price clearly rises and falls daily, so what makes one day’s supply and demand curves intersect at one price, and the next day’s at another?

The supply of gold is largely static from one period to the next. Gold mines are large and plentiful, but almost the entirety of what they produce is waste. As technology improves, ore with lower concentrations of gold becomes more economically feasible to mine. Discard all the billions of tons of worthless ground rock, and it’s been estimated that all the gold ever mined would fit on a football field, piled less than 10 feet high. The gold mined each year adds less than the thickness of a coat of paint to the total.

As a commodity of long-standing, gold is not a security for the speculative. No one, or at least no one sane, buys physical gold in the hope that it’ll sextuple in value over the next year. Instead, buying gold is a defensive measure: a guard against inflation, currency devaluation, the failure of less tangible assets, and other woes.

Unlike many other commodities – light sweet crude oil, ethanol, cotton – precious metals differ, in that for the most part, they aren’t consumed. Less than 10% of gold is mined for industrial purposes (e.g. rheumatoid arthritis drugs and dental bridges), leaving the rest to be held and later sold at the buyer’s will, whether in bullion, coin, or jewelry form. It’s only simplifying the situation a little to assume that the total supply of gold is more or less static.

In 2009, Aaron Regent, then president of Barrick Gold Corporation, the world’s second-largest gold producer, stated that gold production had peaked at the turn of the millennium and would continue to fall. And prices did indeed correspondingly rise till late 2011. In fact, they doubled. Yet, in today’s prices, they’ve since lost 15% off that all-time zenith.

Gold’s most pronounced price fall in the past decade happened between October of 2012 and July of 2013, a nine-month period in which the metal lost approximately a third of its value, continuing to fall to a recent low of $1,060 per ounce in January, 2016 before rebounding. Classical economic theory would blame the bear market on either an increase in supply, which we’ve already determined is unlikely, or a decrease in demand. The latter was indeed more likely responsible, but why?

So what is the rest of the answer? Speculation, in the sense of speculating as to what governments and central banks are going to do and then acting accordingly. Gold’s latest historic drop came on the heels of the Federal Reserve announcing it was wrapping up its controversial stimulus program. Couple that with the preternaturally low inflation of the time, and gold’s role as a hedge against rising price levels becomes moot. Throw a red-hot stock market into the mix, and the temptation for increasing returns as contrasted with maintaining one’s store of value becomes too great. Why sit on the sidelines with an inert shiny metal when other investors are getting at least temporarily rich?

It’s hard for some younger investors to believe, but in the late 1990s, gold was hovering in the $250 range. That’s per ounce, not per milligram. The people shrewd and patient enough to have held onto their gold stashes throughout terrorism, war, prolonged recession(s), and other assorted global upheaval are justifiably proud. And probably still not selling. Especially when you consider that worldwide economic and political distress are often the norm, not the exception.

It’s tempting to think that gold represents an objective, unswayable measure of wealth, especially given the metal’s role as an investment throughout the course of civilization. And yet it isn’t. Gold’s value rises and falls with respect to anything else, indeed just as everything else does. While gold will almost certainly never gain nor lose relative value as quickly as penny stocks and dot-com initial public offerings, gold’s price movements can still convey information – about investor confidence, the probability of stock price and currency increases, and more. A wise investor is one who recognizes gold’s place in the market, without attaching too much or too little significance to it.