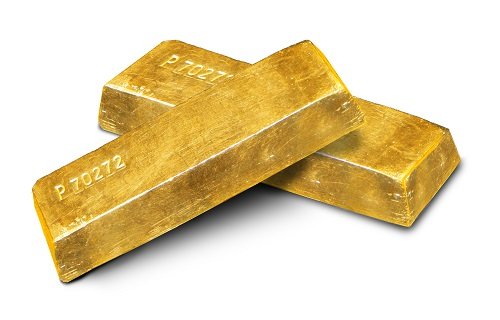 For years, gold bugs were relegated to the fringes of financial markets. Often viewed by mainstream investors as tinfoil-hat conspiracists with basements full of beans and bottled water, their warnings sounded apocalyptic: a coming collapse in financial assets, widespread devaluation of paper money and global disasters that erode civil liberties.

As the coronavirus brings economies around the world to a standstill, gold is rivaling Treasuries and the dollar as the best-performing major asset this year. The metal proved its haven status with a 6% rally as almost $16 trillion was wiped off global stock markets and oil plunged.

There’s also been a scramble for physical metal as investors in exchange-traded funds build the biggest stockpile in history and dealers say they’re struggling to find gold to sell.

How Virus Shows Again Why Fear and Gold Go Together: QuickTake

“We’ve been trying to warn people that something like this would happen,” said Jim Rickards, the author of several books that predicted a coming financial reset. Rickards, who spoke from a New England mountain compound, has long recommended holding gold as a precaution for wealth preservation.

“I’ve been saying it for years,” he said. “I’m not happy about being right.”

There’s echoes of many of the typical gold bug predictions in today’s crisis. Besides the obvious economic and financial-market upheaval, social interaction has become taboo and in some places soldiers are telling people not to leave their homes.

Even the so-called paper market for gold is showing cracks and a squeeze last month on New York’s Comex, the largest gold futures exchange, added fuel to another of the prophecies: that when the crisis came, there wouldn’t be enough gold to go around.

When a Hot Gold Trade Blew Up, the Rush for 100-Ounce Bars Began

“We have written more than 3,000 pages of research about gold and mining stocks in the last 14 years and it is pleasing to see that many of our theories have come true,” said Ronald-Peter Stoeferle, managing partner at Incrementum AG, a Liechtenstein-based investment and asset-management company.

“We’re seeing lots of interest because we’ve been pounding the table for gold as a portfolio stabilizer, it’s a defender of your portfolio and gold did its job really perfectly.”

Of course, some of the predictions were always a bit vague. The Armageddon survivalists see gold more as the ultimate haven against generalized risk. As a hard asset, it acts as an inflation hedge. It has deep, liquid markets in which to trade, has kept its value over centuries, and, most importantly, physical metal stored in a vault has no counterparty that can default, not even a government or central bank.

“Central banks have officially lost control of their most powerful policy tools,” said Roy Sebag, chief executive officer and founder of Goldmoney Inc., a precious-metal investment firm with $2 billion in assets. “It is against this macroeconomic sea change that gold will thrive as the money par excellence.”

Gold rose for a sixth straight quarter in the three months through March and spot prices traded around $1,612 an ounce on Friday. While that’s still well shy of the record $1,921.17 reached in 2011, predictions are mounting that the metal will scale new highs in the coming years.

Even those in the mainstream are climbing on board.

Analysts at Citigroup see gold climbing to a record above $2,000 an ounce in 2021. Merk Finck chief strategist Robert Greil predicts it will rise to $1,750, and Cesar Perez Ruiz, who manages 236 billion Swiss francs ($243 billion) at Pictet Wealth Management, has been buying metal on dips near $1,500.

“Gold might be one of the few things that diversify your portfolio,” said Chief Investment Officer Ruiz. “It’s moved quite fast very recently, so I’m waiting for a pause.”

It hasn’t only been one-way traffic for gold. As in the 2008 crisis, prices have fallen during days of acute stress in the broader market as investors faced margin calls and sold liquid assets to raise cash. Still, the declines have been largely short-lived.

“Before this is over, gold is going to go up a lot,” commodity investor Jim Rogers said by phone from Singapore. “Whenever people lose confidence in money and in governments, they always buy gold and silver.”